COVID-19 Update from MaxSold (with an update to buyer terms) 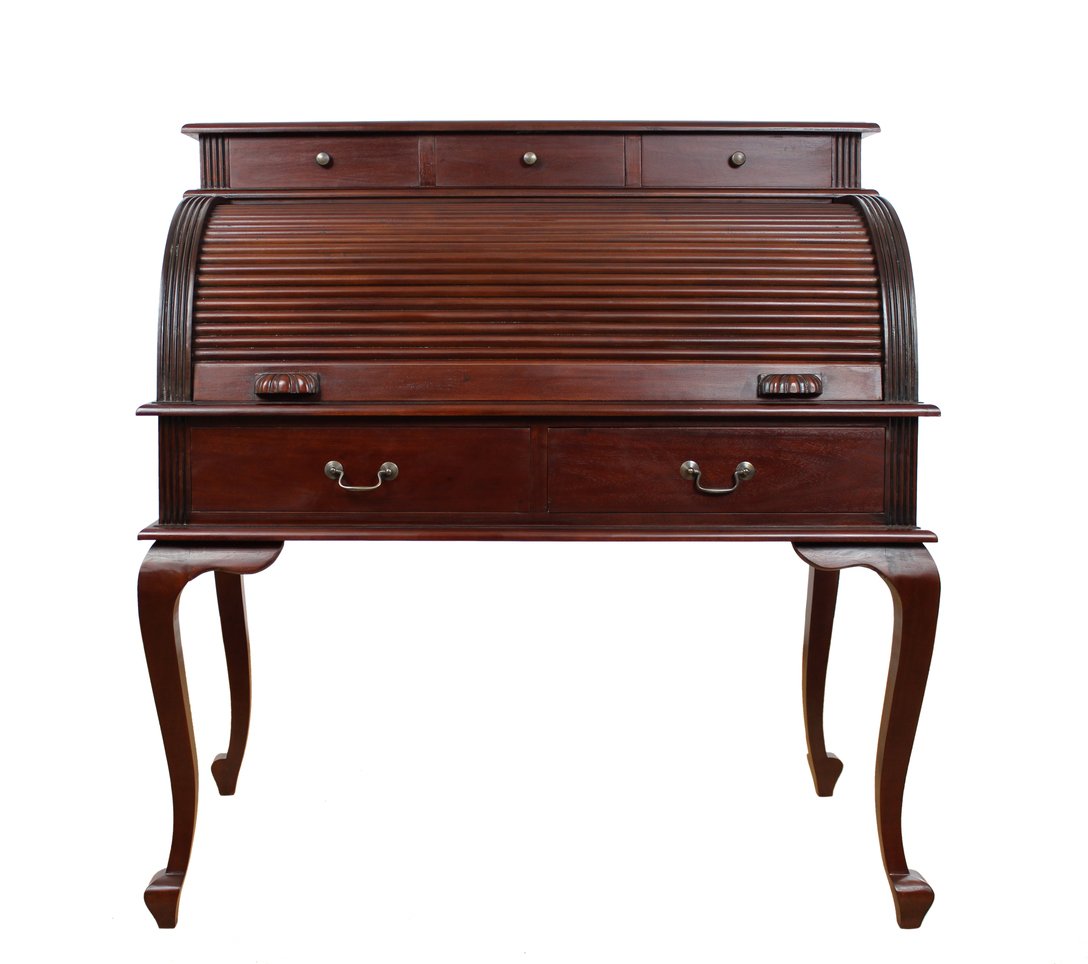 What is a secretary desk?

Traditionally, antique secretary desks will be among the largest, heaviest desk styles since it has a bookcase or storage component.

Roll-top "secretary" desks have a top that literally scrolls into the main piece of the furniture. With roll-tops a central feature of a compact secretary desk is forfeit. Some people categorize a scroll-top desk separately.

Hinged closing doors on secretaries often fold down to create a work surface. So, once open, the "door" to the desk now hangs out like a ledge over a person working. This is called a slant-top desk.

Hinges and Doors on Secretary Desks

A traditional secretary desk can be called a secretary and bookcase, accurately describing the cabinetry and shelving. There are smaller compartments in the closing work-area, rising just above the desktop. However, there are also often a detachable or attached additional top cabinets or closing book shelves.

What is most defining in a secretary is that everything closes up.

Some older secretary desks not only hide compartments by closing up the desk entirely, but also by way of hidden compartments. These unique features are designed to keep precious documents or valuables private.

There is argument over whether the bookshelves that sit atop the desk unit has to be a separate unit. Modern secretaries often build-in the bookshelves for a single unit--or forgo the bookcase entirely. Whether or not that remains a secretary desk is debatable.

Whatever type of secretary desk you are looking for, these desks are tidy ways to keep a work space organized and the messes of business and housekeeping hidden.

Keep an eye open for antique secretary desks in your local auctions through MaxSold.

Sell your goods easily and profitably from an estate, downsizing, or relocation by Nov 1st.